IBBY Announces the Winners of the

In awarding the 2012 Hans Christian Andersen Medal for writing to María Teresa Andruetto the Jury recognises her mastery in writing important and original works that are strongly focussed on aesthetics. She creates sensitive books, which are deep and poetic with a clear literary base. Her books relate to a great variety of topics, such as migration, inner worlds, injustice, love, poverty, violence or political affairs.

In awarding the 2012 Hans Christian Andersen Medal for illustration to Peter Sís the Jury recognizes his extraordinary originality and deep creative power to relate highly complex stories that can be interpreted on many different levels. The jury particularly appreciates his use of different design and artistic techniques, as well as his innovative approach using a subtle balance to depict well-documented and historical events and fantastic elements. 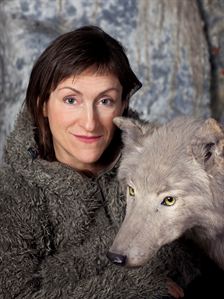